小小劇場: Arthur的烤蛋糕 (The Wiggles' Little Theater: Arthur's Baked a Cake) is the third Taiwanese Wiggles video. It's a compilation of episodes of The Taiwanese Wiggles' TV series with wraparound segments shot at Playhouse Disney. It was filmed in 2003 and released on September 2, 2004. 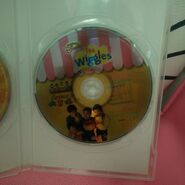 Disc
Add a photo to this gallery

The Wiggles (Taiwan) - Little Theatre Arthur's Cake
Add a photo to this gallery
Retrieved from "https://wiggles.fandom.com/wiki/Arthur%E7%9A%84%E7%83%A4%E8%9B%8B%E7%B3%95_(Taiwanese_video)?oldid=632334"
Community content is available under CC-BY-SA unless otherwise noted.