Arthur Wiggle was a wiggle for Taiwan. He was blue for 2003-2005, but for 2005-2007, he changed to yellow. He and Danny both have been in The Taiwanese Wiggles since when it started to when it ended. His role was a drummer and then a singer but sometimes a guitarist. 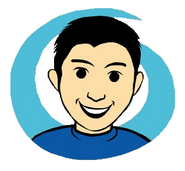 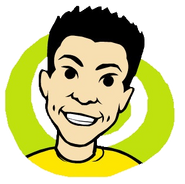 Cartoon Arthur Swirl in 2005
Add a photo to this gallery
Retrieved from "https://wiggles.fandom.com/wiki/Arthur_Wiggle?oldid=732605"
Community content is available under CC-BY-SA unless otherwise noted.