The Australian Recording Industry Association (commonly known as ARIA) is a trade group representing the Australian recording industry which was established in 1983 by six major record companies, EMI, Festival, CBS, RCA, WEA and Universal replacing the Association of Australian Record Manufacturers (AARM) which was formed in 1956. It oversees the collection, administration and distribution of music licenses and royalties.

The Wiggles have been nominated at the ARIA Music Awards several times for the category of Best Children's Album. Below is a list of every year they were nominated (including years they did not win), with the winner at the top of the list in bold. From 1995 to 1998, it was named Best Australian Children's Release.

Other awards that The Wiggles have won 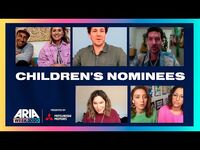