The Big Red Car Bed is the name of several beds released throughout the years, all designed to look like the Big Red Car.

The first instance of a Big Red Car inspired bed first appeared as a D.I.Y. project on the Better Homes & Gardens Australia television show in 2001, in which Greg, Jeff and Murray are pictured building it themselves. 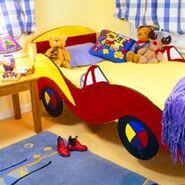 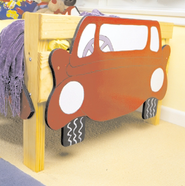 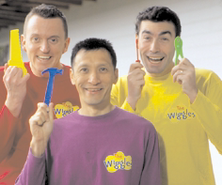 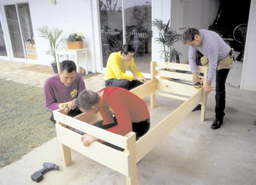 The Big Red Car Bed was released for consumers in 2002 by Wizard Design Concepts. It was available to Australia and the United States. The bed frame could fit a twin size mattress. In 2006, a Big Red Car Desk was added to the line, exclusive to Australia and New Zealand. These two items were discontinued in 2008. 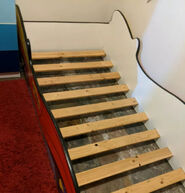 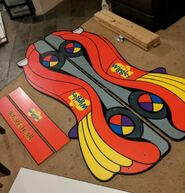 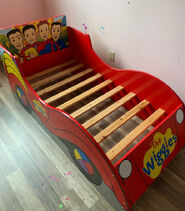 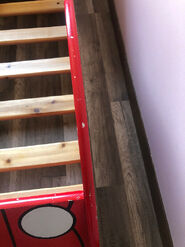 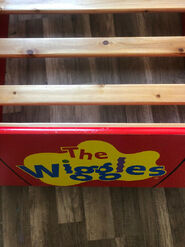 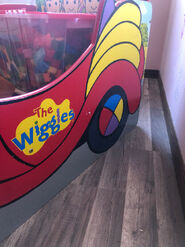 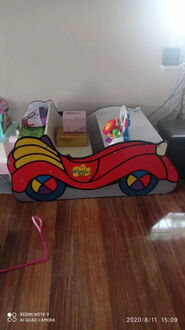 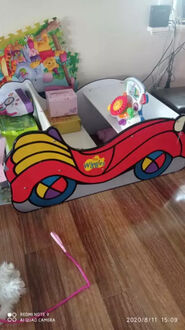 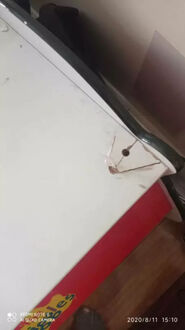 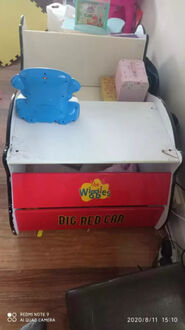 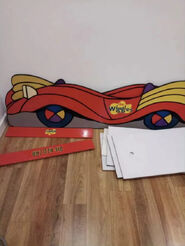 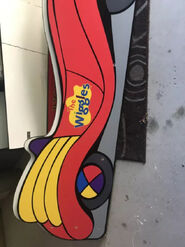 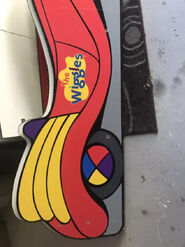 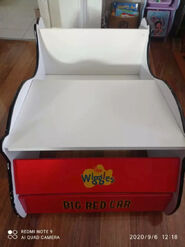 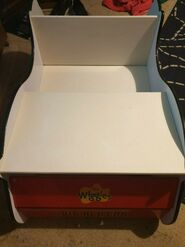 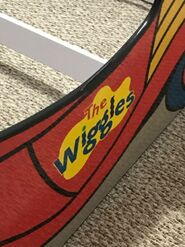 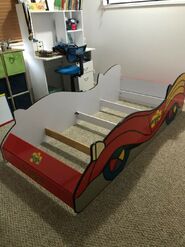 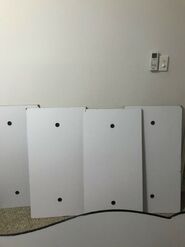 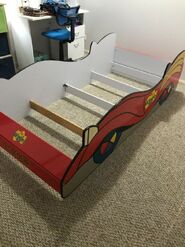 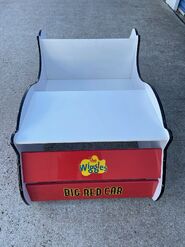 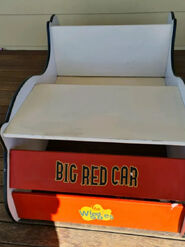 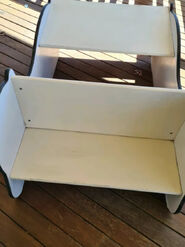 In 2016, Australian retailer Fantastic Furniture released a Big Red Car bed as part of a full range of bedroom furniture. Like the bed that came before, it fits a standard size mattress (a Wiggles branded mattress was released for use with the bed). In 2018, the Big Red Car bed was re-released with a new design to reflect the changes to the illustrated Big Red Car. As of 8/28/2020, it is no longer available to purchase from Fantastic Furniture. 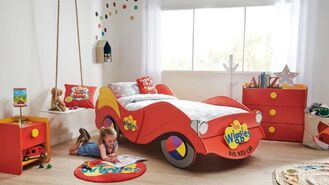 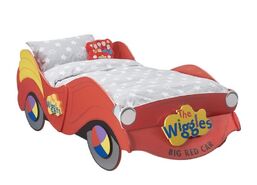 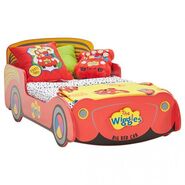