Wigglepedia
Register
Don't have an account?
Sign In
Advertisement
in: Music, Series 1 Episodes, Episodes focused on Greg,
and 15 more

Funny Greg is the thirteenth and final episode of Series 1.

Poor Greg feels unwell and has lost his sense of humour! The Wiggles know that laughter is the best medicine, so they try to cheer their good Wiggly friend up by doing some tricks around Wiggle House, will Greg ever get his sense of humour back? What will The Wiggles do? While Pre-school does nap time, Henry the Octopus spends a day speaking in rhyme!

Kids lie down and take a nap.

Greg feels sick and has lost his sense of humour. The Doctor says that "laughter is the best medicine". The other Wiggles tried everything from preparing Greg's seat next to a funny clock to making funny faces to tickling him to telling funny jokes to performing funny stunts and even trying to help him at least smile. But then Dorothy the Dinosaur did a very silly thing to the other Wiggles. What she did was, she started tapping them on the back and before they could see who it was, she ducked so they couldn't see her. It was so funny that it finally gave Greg his humour back and he proved it to the doctor.

Henry the Octopus and everyone else spend the day by talking in rhyme. 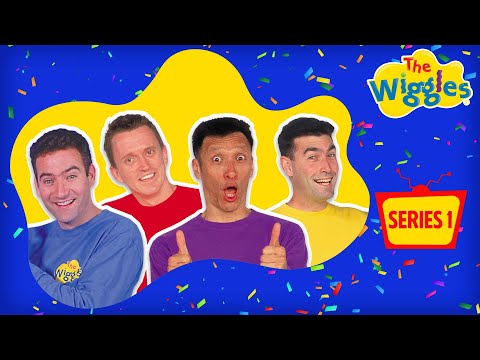