Hot Potatoes! The Best of The Wiggles (2014 video)

Hot Potatoes! The Best of The Wiggles is a 2014 update to the 2010 video of the same name and the 45th Wiggles video. It is a compilation featuring some of The Wiggles' best songs from every generation.

The most successful children's entertainment in the group in the world has released a collection of their most loved songs Hot Potatoes! The Best of The Wiggles. The Wiggles' songs have drawn millions of people over the years to see their live concerts. The New York Times called The Wiggles "the band that rocks the cradle" and this is certainly true. They have set records for their sold out performances everywhere from Madison Square Garden in New York, to the Hammersmith Apollo in London, to their home in Australia. Their songs are instantly memorable and get you wiggling in seconds! Those same songs have seen music royalty line up to record music with the fab four of fun! We've picked the best for you to listen to, but to snap it up as this DVD will go like... HOT POTATOES! 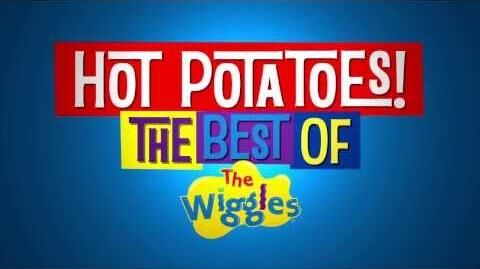