Jeff the Mechanic is the 5th episode of TV Series 1.

The Wiggles are about to leave for their worldwide concert tour, but the Big Red Car won't drive! Murray, Greg, Anthony and their friend, Henry the Octopus, try their best to stop the engine leaks but to no avail, the Big Red Car can't get out of the Wiggle House driveway! Bring your bear along to sing Rock-a-Bye Your Bear. Join Henry the Octopus to sing a cooking song as he bakes an absolutely sea-licious meal with The Underwater Big Band, and put your Train Station Master's hat on to come on a train trip on a Pufferbilly!

Kaz goes on a trip, and lets all of her friends know.

Playing in the Sand Pit

The Wiggles are going on a concert tour and Greg is telling everyone about getting ready for the tour. Anthony had packed all his lunch, Jeff had his pillow for sleeping when he gets tired and Greg asked Murray if he called the mechanic to have a look at the Big Red Car. He checked his diary and he said yes nearly because he phoned her and said that she is going to come here today. But when? The Big Red Car has been making funny noises lately so they went to the Big Red Car and packed their stuff in the car and they looked at the engine to see what the problem is. Suddenly a blue leak squirted Anthony. They said that it came from a part of the engine and then Greg got squirt by a yellow leak and then Murray got squirted by a red leak. When they put their fingers on there, they got squirted and Dorothy got towels for them. They found out that it was broken down and they need about eight arms to fix those leaks, so they got Henry to do it. Henry did a great job but then Murray got squirted again so they just have to wait until the mechanic comes. It took a long time for her to get here, so Jeff decided to go to sleep. Murray and Anthony played rock, paper and scissors (which ends up being a tie each round). Next, Anthony and Greg did some juggling. After that Anthony ate a cheeseburger and Greg did a magic trick to get the rabbit out of the hat, but a lobster pinched him on the nose and then Anthony's hand. Later, Murray and Greg did a little bit of painting to see if it's the same colour as the wall and later, Anthony did some dancing. The lobster is pinching Jeff's ear while he is asleep. Finally, Anthony ate some fruit and a chicken. The Awake Wiggles and Henry all fell asleep after waiting for a very long time. Meanwhile, the mechanic has finally arrived and asked Jeff if he was from the Wiggles because she said that the Wiggles rang up about having problems with the Big Red Car. However, Jeff thinks there's nothing wrong with it. When the mechanic was going to look at it, she said it was 4:00 and Jeff got surprised, so he accidentally sent the mechanic away. Jeff notices that everyone (except Dorothy) is sleeping. He wakes them up and tells everyone that they were going to be late, but they say that the mechanic needs to fix the leaks. Jeff asks "Leak? What leak?" and a purple leak squirts him, which makes him realize that they needed the mechanic after all. Unfortunately, the mechanic has gone home for the day, so Jeff fixes the Big Red Car with sticky tape and it worked. Jeff told them that he fixed the engine and their troubles were over, but when Jeff put the basket in the trunk of the car, another purple leak squirted him. Jeff says "Looks like it is back to the old drawing board".

Henry and his band have been playing continuously for a long time, so Henry decides to give them a break and cook a sea feast.

Wags is planting a bone tree and Captain Feathersword tries to tickle him. Wags makes a fake feathersword that doesn't tickle and swaps it with the Captain's.

The Butterfly Net Chase: The credits come up when a butterfly lands on Dorothy's head and Wags tries to catch it with a net, but accidentally catches Dorothy instead. The butterfly then steals the net, which leads to The Wiggles and their friends chasing after the butterfly. 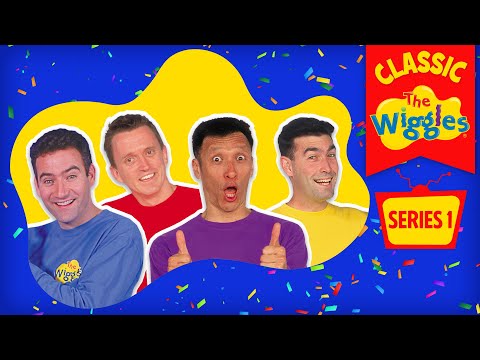