Joseph Field (b. January 5, 1990 in Sydney, Australia) is the middle son of Paul Field and the nephew of Anthony Field and Luke Field and Clare Field's younger brother and Dominic Field's older brother. He always does camera filming as when he and his brother, Dominic work with The Wiggles.

Family: Lives with his brothers Dominic Field, Luke Field and his sister Clare Field, and he lives with his father Paul Field.

Videos he appears in 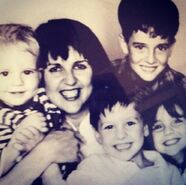 Pauline and the Field kids 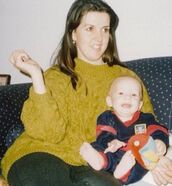 Joseph as a pirate

Joseph in "Wake Up Jeff!"

Joseph in "Haste to the Wedding" musical
JosephFieldinTootToot!.jpg
Joseph in "Toot Toot!"

Joseph in "It's a Wiggly Wiggly World!"

Joseph in "Yule Be Wiggling"

Clare and Joseph Field in Yule Be Wiggling

Joseph in "Hoop-Dee-Doo: It's a Wiggly Party"

The Wiggles, Dominic and Joseph

The Little Wiggles and Joseph

Joseph at Hot Potato Studios
Add a photo to this gallery
Retrieved from "https://wiggles.fandom.com/wiki/Joseph_Field?oldid=571651"
Community content is available under CC-BY-SA unless otherwise noted.