Murray's Shirt is the third episode of TV Series 1.

Dorothy the Dinosaur, Wags the Dog, Captain Feathersword and all of The Wiggles' friends are on their way to Wigglehouse for a barbecue party, but Murray doesn't have his red Wiggle shirt! Do The Monkey with Greg, Murray, Anthony, Jeff and all The Wiggly Dancers, and help Henry the Octopus pack food, cups and a blanket for a picnic in the Underwater Mountain with his friends.

Murray spills some mustard on his red Wiggles shirt and must change into a Hawaiian shirt for the Wigglehouse barbecue. However, the other Wiggles don’t recognize Murray without his red shirt.

Kids are playing with coloured dough.

The Wiggles were having a barbecue outside of the front yard with their friends. Murray was getting the cups, plates and yellow mustard to bring outside but suddenly he carried so much and he makes a mess on his shirt with the yellow mustard while he was carrying it in his right arm, but it was a bit too much stuff, so he tries to look in the Wiggle box with stuff that he keeps his special red Wiggle shirts but there were no more clean red shirts in the box and he then runs to his room and tries the Hawaiian shirt or the black jumper but the day is a bit hot that he put on the Hawaiian shirt. When he went to see the other Wiggles and the friends, they don't recognize him without the red shirt on. In real life if he is wearing another shirt, they will understand him but kids when their young don't recognize any of the Wiggles without the colour shirts. He doesn't know what it was and then he knew that it was the shirt that was the problem. He tried to make them understand that he is Murray. First he did the guitar solo out of "Get Ready To Wiggle" but they say that Murray can teach him guitar lessons and then he did the dance that he always does but it did not work but he tried to say that it's him but Anthony said where is Murray? And Greg said I haven't seen him for a while, he asked Captain Feathersword and Dorothy if they know him but they still don't know him and Dorothy had a rose petal sandwich. Murray said what am I going to do and Captain Feathersword is telling Wags "It's all in the arm action Wags, my boy. Trust the Captain." Then Captain Feathersword threw the ball to try and show Wags to catch it by doing the arm action. But Wags was reading the newspaper of K-9 Times and now the ball was moving everywhere around the front yard and almost towards Murray and now the ball was heading straight for the window and it's the one near Jeff and Captain Feathersword got scared that it's going to shatter the window but it moved away from the window and it went past Greg, Anthony and Dorothy but as it moves closer to Greg and Anthony they move out of the way to the left then it safely bumped into another shirt that is Murray's. Then Murray just realized that he washed another red shirt and put it on the clothesline to dry and he went inside to put it on. When he came back out, the others then recognize that it's Murray now. Then Greg tells Murray that he saved food just for him and then Anthony asks where the other fellow went the one who tried to play guitar and dance, Greg suggests that he must have left after he tried that dance. Captain Feathersword and the others tell him to dance, and then when Murray said that he did not want the Hawaiian shirt anymore, he threw it away and it landed on Jeff. When he woke up, the Wiggles did not recognize that it was Jeff this time and Murray said "Have you seen Jeff?" and the whole thing starts all over again when Jeff gave a huh? in the sequence.

Henry is so excited about something that he forgot where his shoes are. Oh, he's wearing them. Nancye comes by and sees that Henry is packing stuff in a basket. Jacques the Shark comes by as well, and says hello, but Henry is too busy to reply. Jacques blows his saxophone loudly but Henry doesn't hear it. Nancye asks Jacques what Henry is doing, and Jacques replies he's packing for a picnic. Then Henry looks up and acknowledges his friends, saying that he was going to go to the undersea mountain and have a picnic, but it's much more fun if he goes with his friends, so he invites them. Jacques and Nancye help Henry pack, and board the Octomobile, but the Octomobile is too heavy. Henry decides to have the picnic on his front yard, and they all have a good time there.

The whole place is a mess. Captain Feathersword tells Wags, after a long leading speech, declares that Wags should have obedience lessons. And to help out with that, Captain has bought an Acme Obedience Kit, which contains a whistle. Captain says if he blows this whistle, Wags will be hypnotized to do whatever he wants, like cleaning up this mess. Captain blows the whistle but nothing happens, because Wags can't be hypnotized by the whistle. Captain goes looking for the manual, when Wags takes the whistle and blows it. Captain gets hypnotized by the whistle and says, "Look at all this mess. I shall be an obedient pirate, and clean it all up." After the Captain cleans up the area, Wags blows the whistle again and swaps the whistle with the Captain's broom. Captain comes out of his hypnotic state and is impressed that Wags has cleaned the place! He tells Wags he can rest for a few minutes before making the Captain's lunch. Wags takes the whistle and blows it, which hypnotizes Captain again, although this time he makes Wags a bone sandwich. 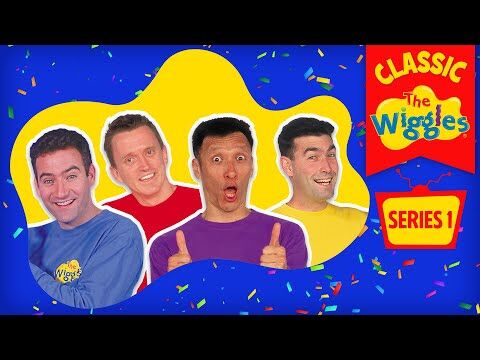