"Paul Field" AM (b. May 3, 1961) is Anthony's oldest brother who is best known as one of the founding members of the Sydney pop music group The Cockroaches and as general manager of operations for the children's music group The Wiggles. In 1998, at the request of his brother Anthony, Field became The Wiggles' general operations manager. In 1995, he played as a character which is Captain Feathersword in Big Red Car. In 1998, he played the role of the dog catcher in Wiggle Time! (1998 video). At first, he booked venues at unusual settings throughout Sydney, New South Wales, and Eastern Australia, "mainly pre-schools, RSLs and theatres". By 2007, he produced and directed their videos and oversaw their consumer products. As general manager of The Wiggles, Anthony Field has said, "I totally trust Paul; he is an honest man".

Paul has expressed an appreciation for the development of The Wiggles coming out of the tragedy of his oldest daughter's death. "When I think of how much joy The Wiggles have brought to children, it's good to know that out of an event so horrifying, something good has come", Field has said. Field has his daughter's name tattooed on his right arm, and the names of his four other children on his left arm, something his younger brother Anthony has emulated when he had the names of his three children tattooed on his arms. Paul Field's children have appeared in several of The Wiggles' videos and television programs.

He appeared in Let's Eat! during Sleep Safe, My Baby. The song has been re-recorded and filmed for the following generations of The Wiggles.

Paul as a baby

The Fields with John (1wk old)

Paul as a teenager

Paul and Anthony as teenagers

The Fields at Chippendale 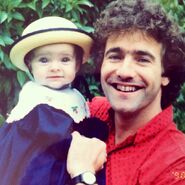 Paul and Clare on Father's Day

John, Paul and Patrick
TheFieldBrothersonTheSteveVizardShow.jpg
Paul and John on "The Steve Vizard Show"

Paul in "The Cockroaches: Hope" shirt 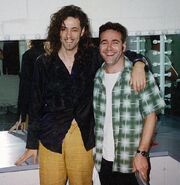 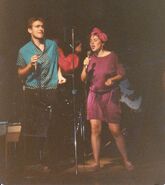 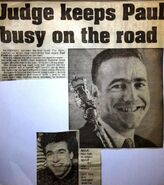 The Wiggles and Paul Field

Paul Field as Dorothy the Dinosaur

Paul's name in the end credits of "Yummy Yummy" 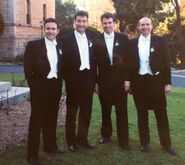 Paul as Captain Feathersword in the end credits of "Big Red Car". 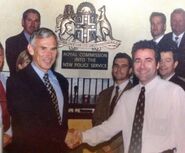 Paul, Dominic and Clare in the audience from "Wiggledance!" 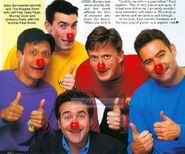 The Wiggles and Paul on Red Nose Day

Paul's name in the end credits of "The Wiggles Movie"

Paul's name in the song credits of "The Wiggles Movie" 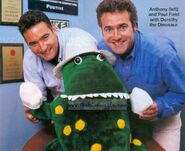 Anthony, Paul and Dorothy the Dinosaur

Anthony and Paul on Ramsay Street.

The Wiggles and Paul in London.

The Wiggles, Paul Field and Atskuo Arai in promo picture.

Paul Field in the end credits of "Hoop-Dee-Doo It's a Wiggly Party".

Paul and Anthony in "Wiggly Safari". 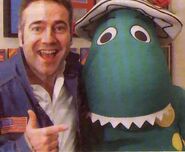 Paul and Dorothy the Dinosaur

Paul and Henry the Octopus

Paul and the Wiggle Friends

Paul Field in "The Wiggles Take on the World"

Paul at Toys R Us

Paul Field in the end credits of Top of the Tots.

Paul Field as one of the people in "Cold Spaghetti Western".

Paul Field in "A Wiggly Postcard From Asia".

Paul and The Rolling Stones

Anthony, his mum Marie and his brother Paul in promo picture of "It's Time to Wake Up Jeff!".

Paul Field's name on the slate.

Paul in a "The Wiggles Live at Disneyland Park" polo shirt

Paul in the cast of "Racing to the Rainbow".

Paul in "Pop Go the Wiggles! Behind the Scenes" 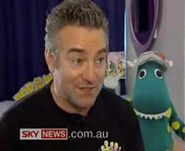 Paul's name in the end credits of "Go Bananas!"

Paul Field in "Let's Eat! Behind the Scenes" 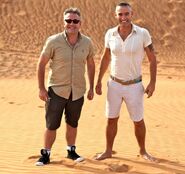 Anthony and Paul in Dubai

Paul in "It's Always Christmas With You! Behind the Scenes"

Paul Field as Elfis in Dorothy the Dinosaur's Rockin' Christmas.

The Wiggles and Paul Field

Paul at ARIA Hall of Fame

Paul at the Golden Gate bridge

Paul on the Golden Gate bridge

Paul and the Star Wars items

The Wiggles, Paul and the New Wiggles

The Field Brothers at Ettamogah Pub

Paul and Dorothy at the Sydney Entertainment Centre

The New Wiggles and Paul Field

Paul and Dorothy in "Ready Steady Wiggle! Behind the Scenes" 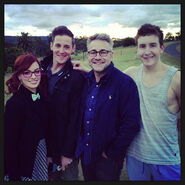 Paul and Shrek in Dreamworld

The Original Wiggles and Paul at Jeff's 60th birthday party 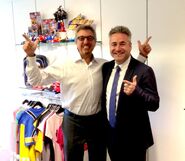 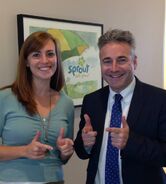 Paul and Melissa Talon from Sprout

Paul and the NCircle Crew

Paul and the Cingedim team 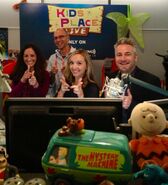 Paul and the SIRUS radio crew 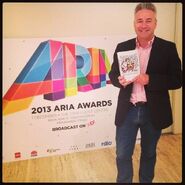 Paul and his newborn nephew, Finn

Paul and Anthony at the Mangrove Boogie Kings

The Field Brothers, Jeff and Maria 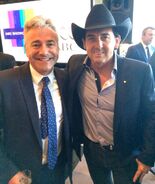 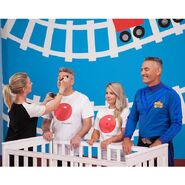 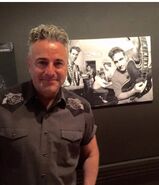 Paul at the Sydney State library

Paul in The Wiggles' 25th anniversary concert at the Apple Store

Paul in The Wiggles' reunion concert

Paul in a yellow skivvy in The Wiggles’ reunion concert

Paul in Rove Live
Add a photo to this gallery
Retrieved from "https://wiggles.fandom.com/wiki/Paul_Field?oldid=599295"
Community content is available under CC-BY-SA unless otherwise noted.