Taking Off! is the 41st video that was released on March 6, 2013. It is the first video with the new generation of The Wiggles.

It's all systems go with the first ever release from The Wiggles' new line-up, Anthony, Emma, Lachy and Simon! Featuring 19 wiggly songs, Taking Off! will provide you with a passport to fun. First off down the runway is 'Do the Propeller!', a catchy new tune that is sure to become a favourite. Then there's the 'bowtiful' song 'Emma (with the Bow in Her Hair)', 'Simon Says' which is based on the playful musical game, 'Beep! Beep! Buckle Up!' highlighting the importance of travelling safely and many more! So what are you waiting for? The air traffic controllers of fun have given the release the seal of approval. The Wiggles are Taking Off! on an exciting music adventure! 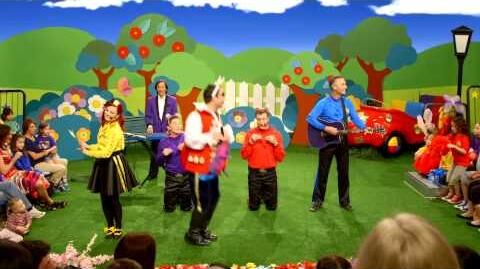