"The Wiggles Reunion Show" is a release from the original Wiggles, containing footage of the Melbourne 25th Anniversary Reunion Concert from 2016.

To celebrate the 25th birthday of The Wiggles, the original famous four, Greg, Murray, Jeff and Anthony decided to reunite for a one-off performance. They picked a rock & roll pub in Melbourne where their original fan base, now 20 somethings would feel right at home. Filmed live at The Croxton Hotel, this was the first Wiggles show where the audience did not need to be accompanied by their parents. This may be one of the most joyous gigs ever captured on film! 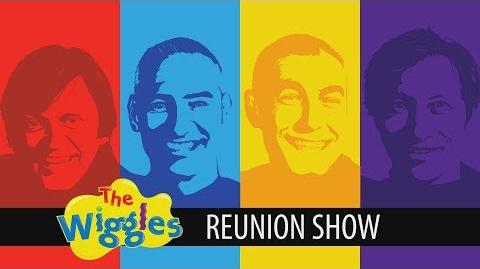