The Wiggles Show: The Pick of TV Series 4

The Wiggles Show: The Pick of TV Series 4 is a collection of the first 9 episodes from The Wiggles' 4th TV series, released in June 2010.

The Wiggles Show is jam-packed with fun! Join Dorothy, our favourite dinosaur, for Dorothy's Dance Class and sail around the world with Captain Feathersword. Remember when The Wiggles were young with The Little Wiggles and then learn more about the work people do with Say Aah at the Doctors, The Bricklayers Song and New York Firefighter. So let’s go, go, go, it’s on with The Wiggles Show! 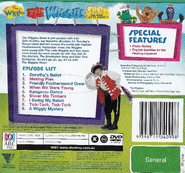 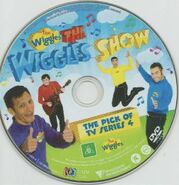 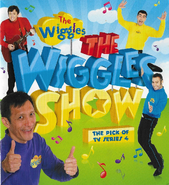 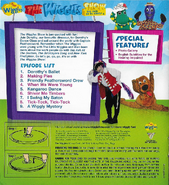 The booklet's back cover 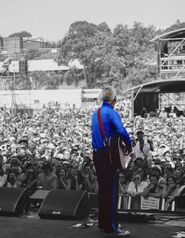 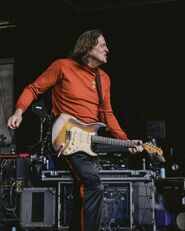 Song Selection menu (background music: In The Big Red Car We Like To Ride)

Song selection menu page 4 (background music: Can You (Point Your Fingers And Do The Twist?))

ABC For Kids Logo (closing)
Add a photo to this gallery

Retrieved from "https://wiggles.fandom.com/wiki/The_Wiggles_Show:_The_Pick_of_TV_Series_4?oldid=621666"
Community content is available under CC-BY-SA unless otherwise noted.