The Wiggly Circus is the second game published by Dataworks and developed by Plastic Wax and released in December 1999. It was re-released a few times such as in 2006.

This is the brand new sequel to Australia's top selling early childhood CD-ROM of last Christmas - A Day with The Wiggles. The Wiggles - Australia’s number one children’s entertainers - are going to the circus and they want you to come along and join in the fun. Full of games based around a circus theme, The Wiggly Circus offers hours of fun for children aged 3 and up. Come join Anthony, Greg, Jeff, Murray and their friends Dorothy the Dinosaur, Wags the Dog, Henry the Octopus and Captain Feathersword in their many adventures at The Wiggly Circus. Be sure to stock this CD-ROM as it is guaranteed to appear under thousands of Christmas trees this December. - from the Dataworks website http://web.archive.org/web/20010428170321/http://www.dataworks.com.au/showroom/wiggles2.htm 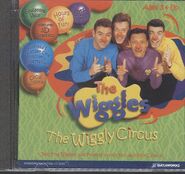 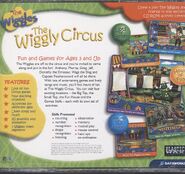 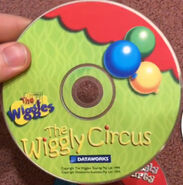 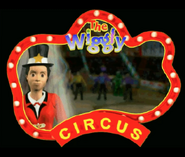 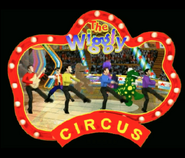 The Wiggly Group dancing to "Get Ready To Wiggle" 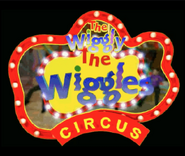 Noughts and Crosses (O's and X's)

Memory Game
Add a photo to this gallery

Retrieved from "https://wiggles.fandom.com/wiki/The_Wiggly_Circus_(game)?oldid=594851"
Community content is available under CC-BY-SA unless otherwise noted.