Theodore Henry
Anthony "Tony" Henry (born 1963), was the drummer of The Cockroaches. He has drummed on some of The Wiggles albums since 1994. Henry the Octopus is named after him.

It's Time To Wake Up Jeff! - Drums, Tambourine
Racing To The Rainbow - Drums
Christmas Classics - Drums
Getting Strong! - Drums

Tony and his wife, Georgia

The Wiggles and Tony 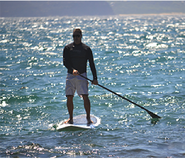 Paul, Anthony, Lachy and Tony
Add a photo to this gallery
Retrieved from "https://wiggles.fandom.com/wiki/Tony_Henry?oldid=690216"
Community content is available under CC-BY-SA unless otherwise noted.