"Wiggle Bay" is the fourth Wiggles game by Dataworks released in 2002.

The Australian music group The Wiggles brings Wiggle Bay to life with some of their most popular songs, including Zing Zang Wing Wang Wong, Wiggle Bay, and C’est Wags, C’est Bon. Let your child take a trip with The Wiggles to Wiggle Bay to play with Dorothy the Dinosaur in eight different activities featuring favorite characters, voices and music from the hit show. Let partying with The Wiggles begin! (Created By Paul Field) 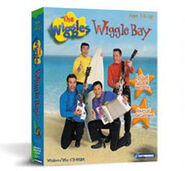 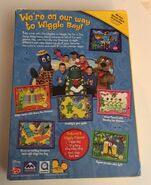 Back cover of US version

Instructions to install game from US version 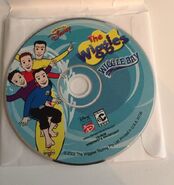 Retrieved from "https://wiggles.fandom.com/wiki/Wiggle_Bay_(game)?oldid=484864"
Community content is available under CC-BY-SA unless otherwise noted.