Wigglepedia
Register
Don't have an account?
Sign In
Advertisement
in: The Wiggles TV series, 2016, Jeff Fatt Cameos,
and 2 more

Each episode is under 5 minutes long, usually centred around one song, similar to Let's Wiggle and Wiggly Songtime!, and contained other brief skits like the latter. The series often aired alongside Emma! Series 1 and Lachy!, which are of similar length, when shown in Canada, where the previous Wiggles short series aired for many years (like Wiggly Songtime!, it aired on Treehouse). It was the first of these short series to air in the US, however, where it played during commercial breaks or in between shows on Universal Kids, around the same time that network premiered Series 2 of Ready, Steady, Wiggle!.

Episodes feature no scenes of spoken dialogue (though characters will occasionally speak during songs). One to two songs are featured each episode, and the only recurring segment is Two Fine Gentlemen, wherein two costumed characters are sung about meeting in a lane. In addition to some exclusive music videos, songs from Rock & Roll Preschool, Wiggle Town! and the not yet released Dance Dance! appear, with concert clips from The Wiggles BIG SHOW! & CinderEmma Tour. 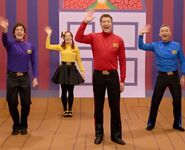 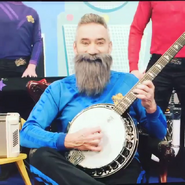 Behind the Scenes footage from an unused version of Michael Finnegan

The Wiggles and Dorothy
Community content is available under CC-BY-SA unless otherwise noted.
Advertisement