Halloween Party
Wigglehouse is, as the name implies, where The Wiggles live.

The rooms within Wigglehouse have varied throughout the years, with additions and removals. Here are each of the rooms that were featured in each iteration:

Most depictions of Wigglehouse depict each Wiggle having their own bedroom. In the book Go To Sleep, Jeff!, The Wiggles are shown sleeping in the same room, albeit on separate beds. However, the book A Wiggly Mystery depicts the Wiggles on bunk beds. 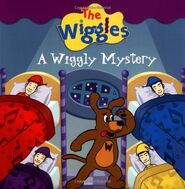 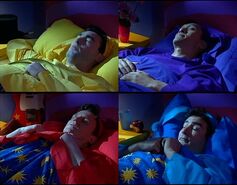