Welcome to Wigglepedia, the unofficial database on the famous children's band, The Wiggles!

Who are The Wiggles and their friends?

Don't believe everything you read here. Many pages on this site can be edited by anyone, and a lot of untrue things either go unnoticed by our administrators, or are very difficult to fix if they spread over many pages. While we intend to correct as many pages as possible, just know to look out for potentially sketchy or flat out false information.

To contribute to Wigglepedia, you are required to follow The Wigglepedia Rules. 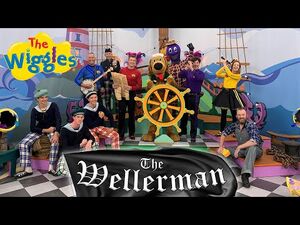 Sing along to this brand new Wiggly sea shanty! 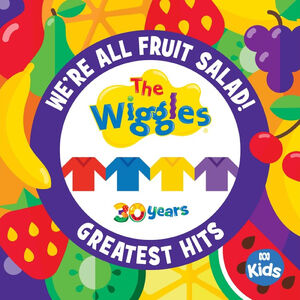 Spanning 30 years of Wiggly music, We're All Fruit Salad!: The Wiggles' Greatest Hits is here! Get Ready To Wiggle with the OG Wiggles, Follow The Leader with Sam and Do the Propeller! with the current lineup. Many recent songs receive new recordings, including Wake Up, Lachy! and Emma's Theme. Other hits include Hot Potato, Go Santa Go, Getting Strong! and, of course, We're All Fruit Salad! 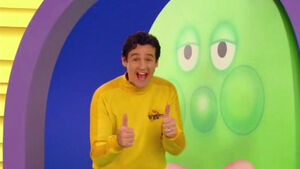 "That's our Sammy!" - Murray
From Greg's understudy to fulltime Wiggle, Sam was the second yellow-wearing lead singer with a beloved five-year tenure. With The Wiggles celebrating their 30th birthday throughout 2021, we're honouring Sam Moran's birthday in April! 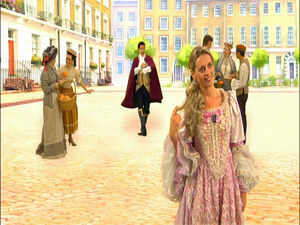 Sam plays a handsome prince on the search for a beautiful maiden with her hair tied in a "Black Velvet Band" in the eighth episode of Wiggle and Learn.

Retrieved from "https://wiggles.fandom.com/wiki/Wigglepedia?oldid=761578"
Community content is available under CC-BY-SA unless otherwise noted.